It really sounds like Bernice plans to go to Hollywood after her contract with TVB is over.. 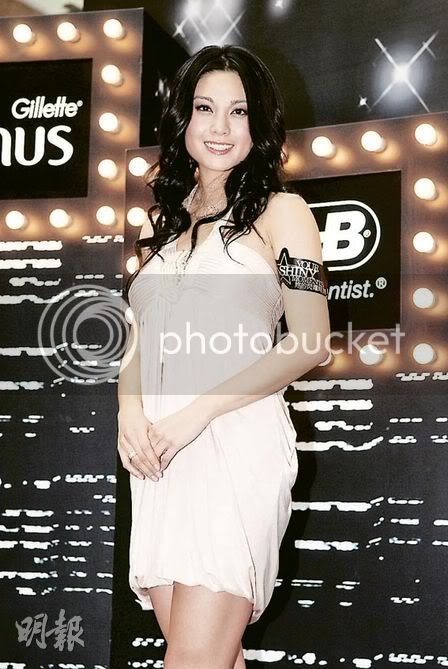 Bernice Liu returned to Hong Kong to attend the P7G "Your Shiny Moment " activities at the Olympian City yesterday. She told reporters she was extremely happy to be working on The King Of Fighters "I am here only for a few says. I have to go back to the States to continue filming for another 2 months. Since I have entered the entertainment industry, this is the first time I speak in English in a film. I am so happy." Speaking about the cut back and laying off staff by TVB, Bernice felt very sad. She stressed that the company should not be blamed for that. "There is a world recession here. (Is your contract due for renewal?) No I still have a long time to go. (The company sent you to Hollywood at this time , don't you think there is favoritism?) Every artist has a different role to play in the company."

I wonder how many years are left on her contract with TVB?

candy10013 said:
Bernice Liu very happy to be able to speak English in a film for the first time 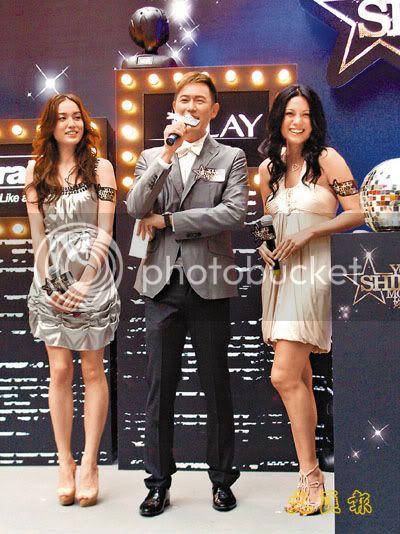 Yesterday Bernice Liu, Mandy Lieu and Sammul Chan attended the P&G function. Just returned from the US, Bernice Liu revealed that she will have to rush back to the US in the next two days to continue shooting for Hollywood film "The King of Fighters". She said: "This time is the first time since I entered the industry that I will be speaking English lines, I'm really happy!" As to TVB's recent lay off, she feels unhappy about it, asked if her contract has ended? She said: "I still have a long contract! (Do you feel that TVB is favoring you, pushing you to Hollywood at this time?) I only believe that each artiste will have different jobs."

As for Mandy Lieu expressed that she will be spending Christmas and New Years in a Taiwan vacation with her boyfriend Wilson Chen. Asked if her boyfriend proposed to her, will she accept? She said: "Yes! I will have preparations for marriage, but I won't have babies because I'm still young, next year is 2009 and I'm only 24 years old."

bernice isnt on tv as much anymore. so sad.
H

she gots a great body and have a nice voice too but acting not so good ... kan pa te
V

all i have to say she is outstanding and improving with her acting.

Burnice is my favorite,she's pretty and she can act and she seems very honest.Not like Myolie who is such a phony and over act.
A

i think she is very beautiful and successful, she can act, sing and dance - a multi-talent artists

She is pretty, has improved but still needs work, lacks emotion at times.
K

I think she acts better when she's doesn't take into the role of strong OL. She seems a lot better along the cute route.

shes very pretty and has a sweet voice, can't wait to see the hollywood movie she film.

she is pretty and smart. I like all her character/role in dramas particulary in Love Bond which I think is the best.
S

She's still pretty , and think more prettier than before
M

yea..love bernice liu~
when is the show"The King Of Fighter" coming out?
R

I think Bernice is very pretty and is different and more unique then many hong kong artist.
B

bernice is so pretty and when she sings and act is so good! her voice is really good
P

the next film she is doing is in china called the mit moon i mean if she is not good enough i think non of the directors will hire her again so i will w8 for the result how she has doing in hollywood.
S

I wonder if she will ever be paired up with raymond as a couple for a series. TVB is alway pairing the same pair up. Some pair are cute but be nice to see some new pairing...Raymond and Bernice had pretty good chemistry in SL even thought they only played as good friends.
P

Her face reminds me of this