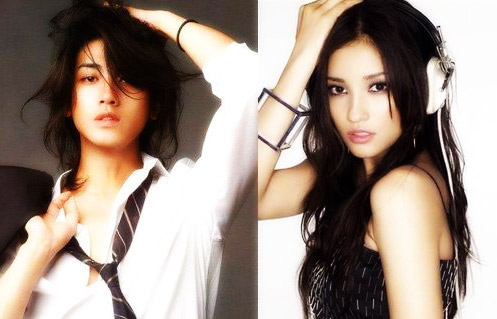 It is confirmed that Jin Akanishi and Meisa Kuroki are officially married!

After news surfaced that former KAT-TUN member Jin Akanishi and actress Meisa Kuroki are getting married, Johnny's Entertainment released an official statement stating that the two are officially married and are currently living together.

The marriage happened on Feb 2nd and according to Johnny's faxed statement, Jin Akanishi reported registering his marriage to Meisa Kuroki. He also stated that even though both of them are still young and immature, he will continue to work hard and hopes that people will respond with kindness and warmth to their marriage. There is no mention regarding Meisa Kuroki's supposed-to-be pregnancy.

Jin Akanishi is 27 while Meisa Kuroki is 23.

Hadn't been following Jpop news but I'm still surprised by this new, but happy for these two..

Wonder how this all started...

EvilTofu said:
Hadn't been following Jpop news but I'm still surprised by this new, but happy for these two..

Wonder how this all started...
Click to expand...
You a Jin fan or Kuroki fan? Or both?

I'm pretty sure the whole fandom is shocked by this news.. they were spotted on Disneyland few weeks prior to this news.. but i nvr knew they were THIS close.

I would say, I'm a fan of both but a little bit more toward Meisa...cute girls all the way...
C