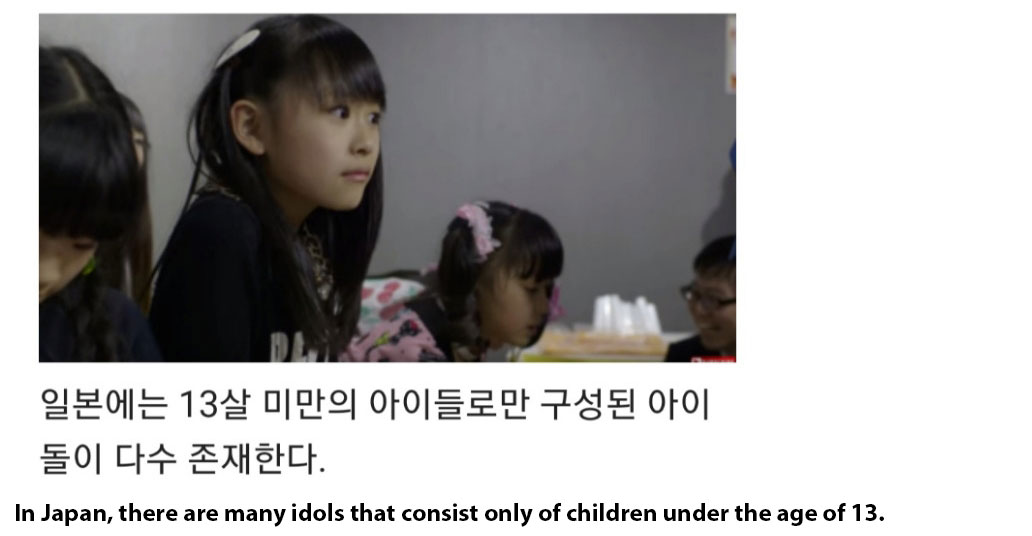 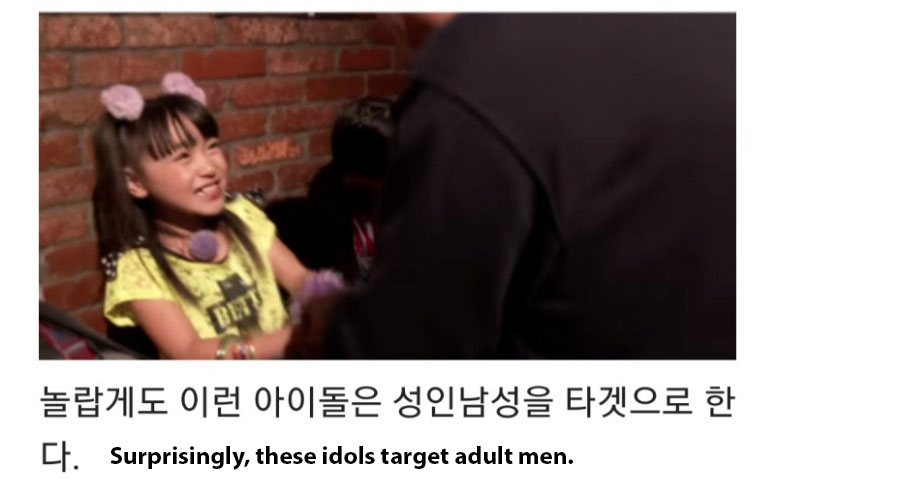 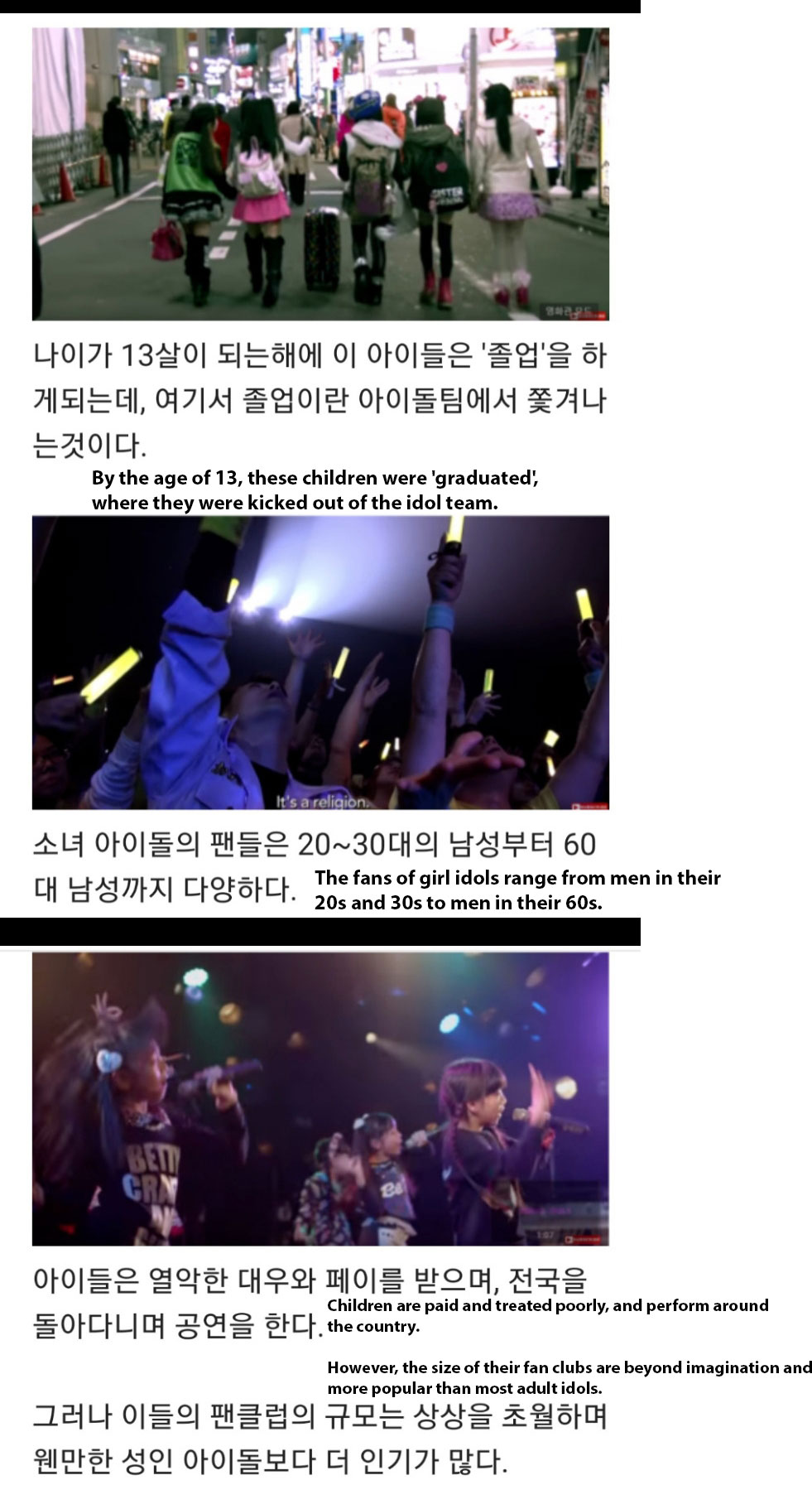 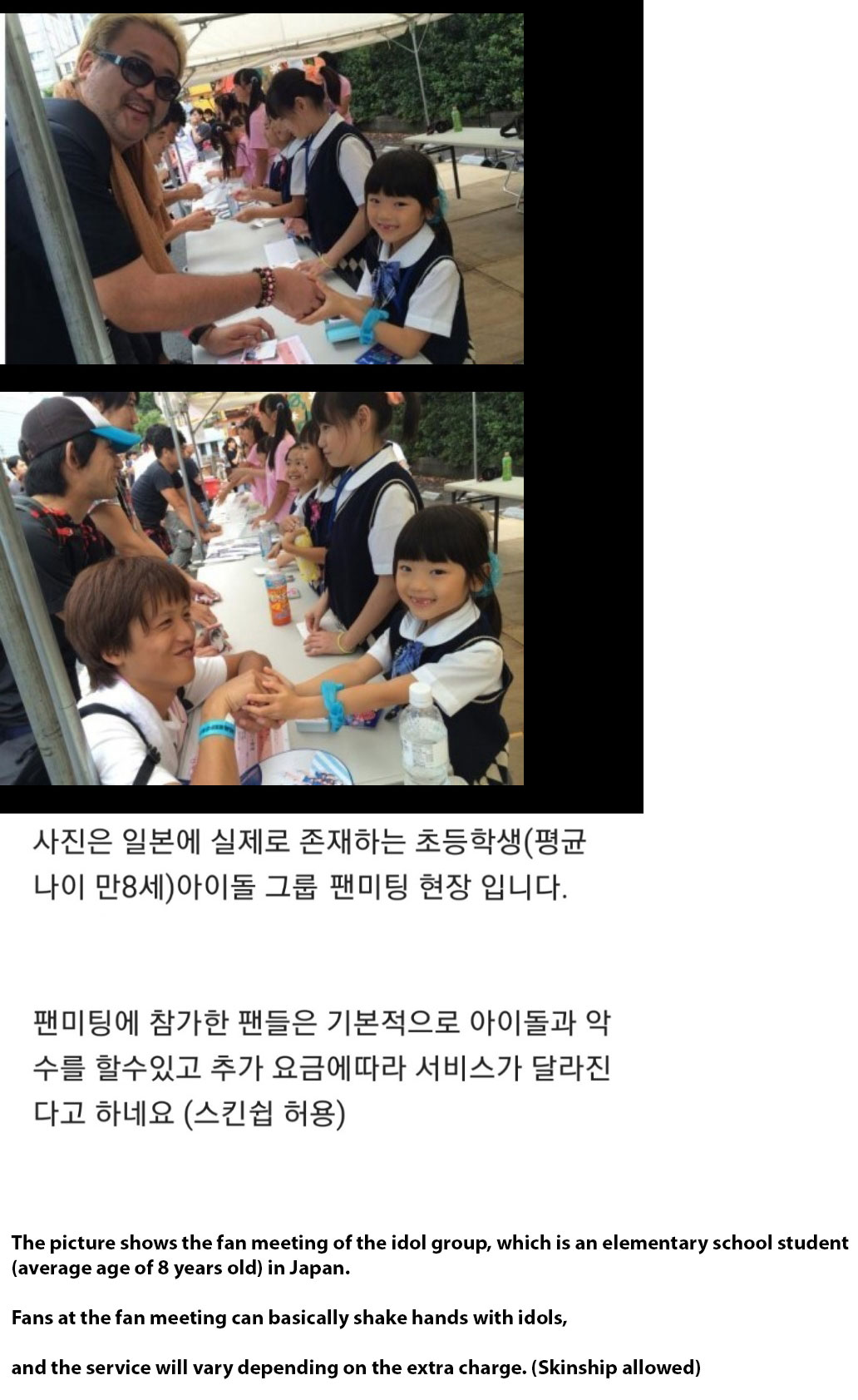 In Japan, there are many idols that consist only of children under the age of 13.

Surprisingly, these idols target adult men. By the age of 13, these children will be “graduated” where they will be kicked out of the idol team.

Children are paid and treated poorly and perform around the country. However, the size of their fan clubs are beyond imagination and more popular than most adult idols.

The picture shows the fan meeting of the idol group, which is an elementary school student (average age of 8 years old) in Japan.
Fans at the fan meeting can basically shake hands with idols, and the service will vary depending on the extra charge. (Skinship allowed)
Via : Pann

1. [+322, -5] There is a reason Japanese people want to make their debut in Korea ㅋㅋㅋㅋㅋ Sakura is making soap here, but other motives are taking off their panties and jumping in Japan, so it is worth wanting to debut.

9. [+30 -0] I hope you don’t come to Korea these days, but please punish pedophiles more severely.

10. [+30, -0] In Japan, women’s human rights are too low and famous idols are just sex toys, so K-pop levels have plummeted as they keep trying to debut in Korea.