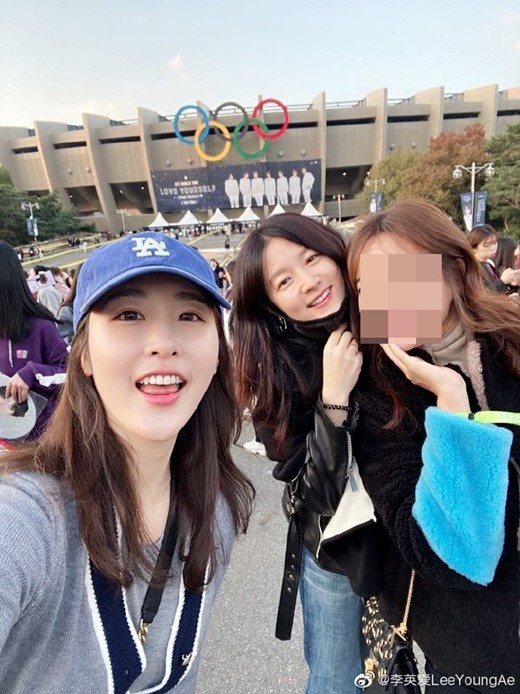 Actress Lee Young-ae has certified herself as an “ami.” (BTS fan)

On the November 2, Lee Young-ae posted a picture in her Weibo account with the words, “I’ve been watching the BTS concert. I am looking forward to their new song.”

The photos released included a certification photo against the backdrop of Jamsil Olympic Main Stadium where BTS concerts were held along with Shin Ah-young, an announcer. Despite her modest black jacket and makeup-free appearance, she still attracts attention.

On the other hand, Lee Young-ae is about to release the movie “Find Me” on the 27th.

2. [+467, -18] At Lee Young-ae’s level she could just go into the waiting room and meet them but she just went to the concert quietly.. amazing