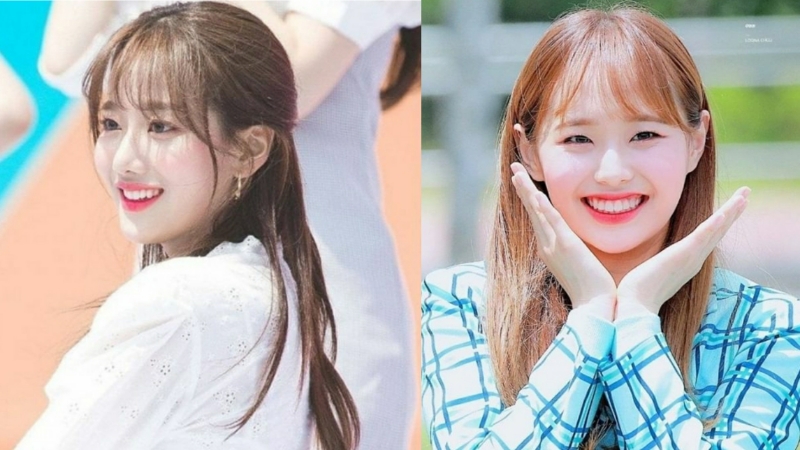 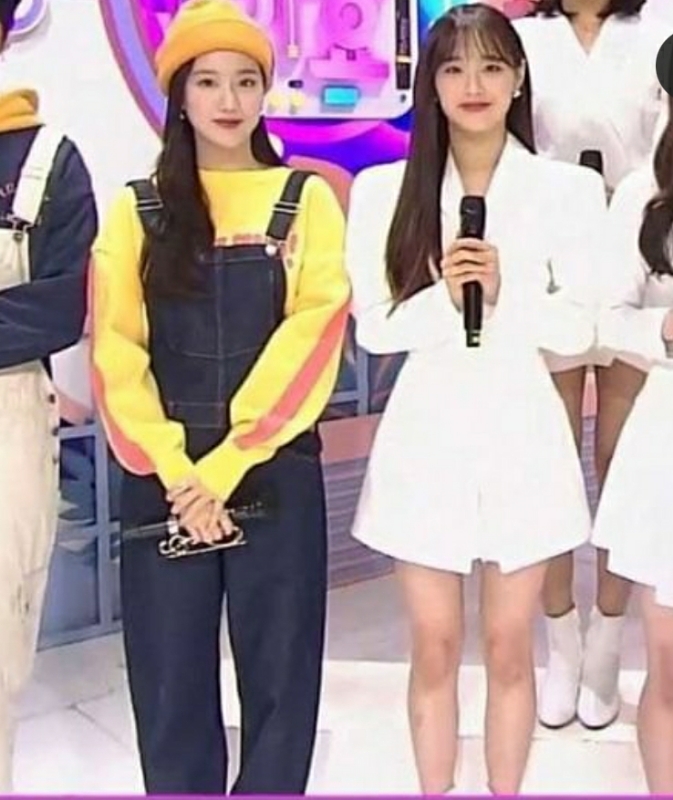 For your information, Lee Na-eun is wearing suspenders. 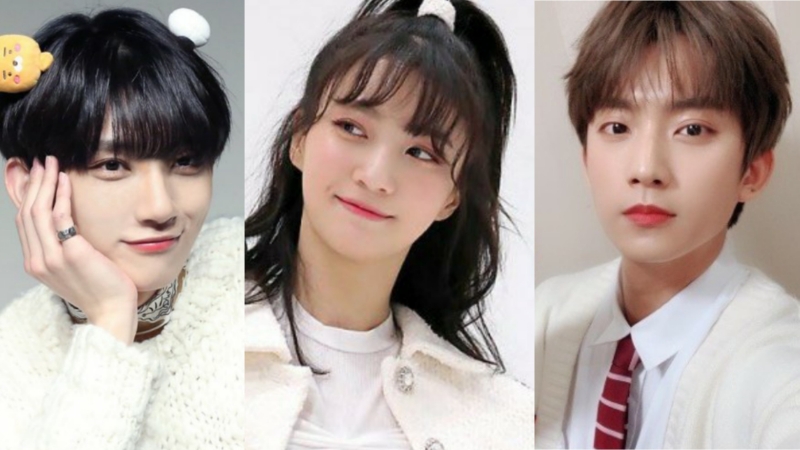 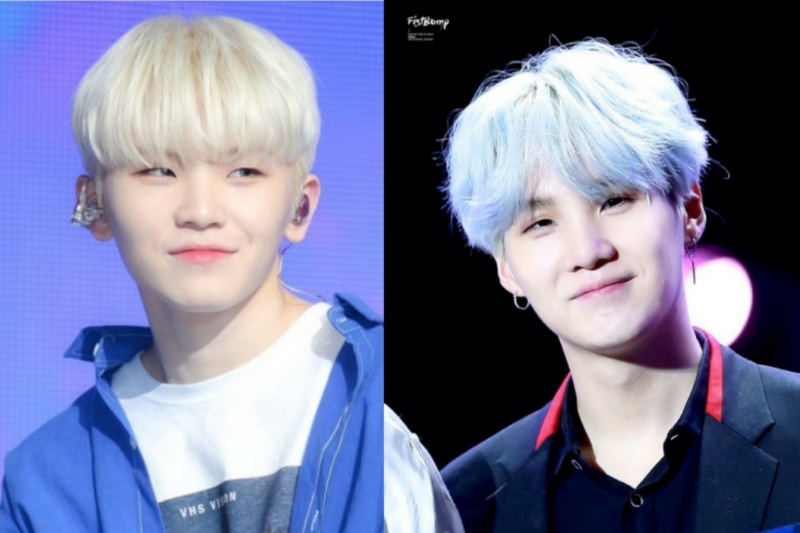 4. Lee Min-hyuk of BTOB and Choi Soobin of TXT

5. It’s Ryujin of ITZY and actress Han So Hee 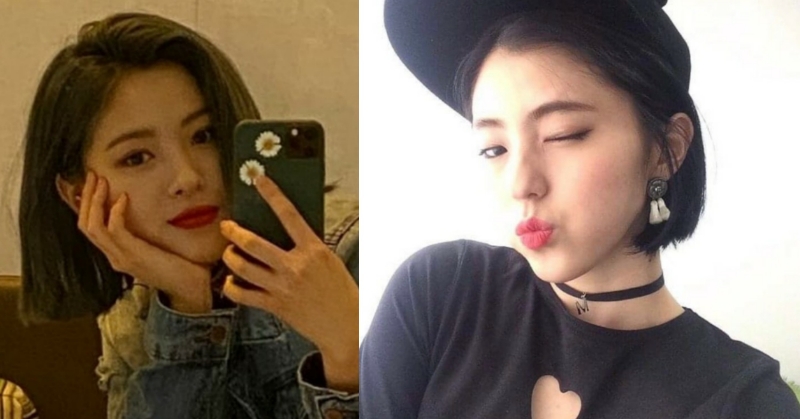 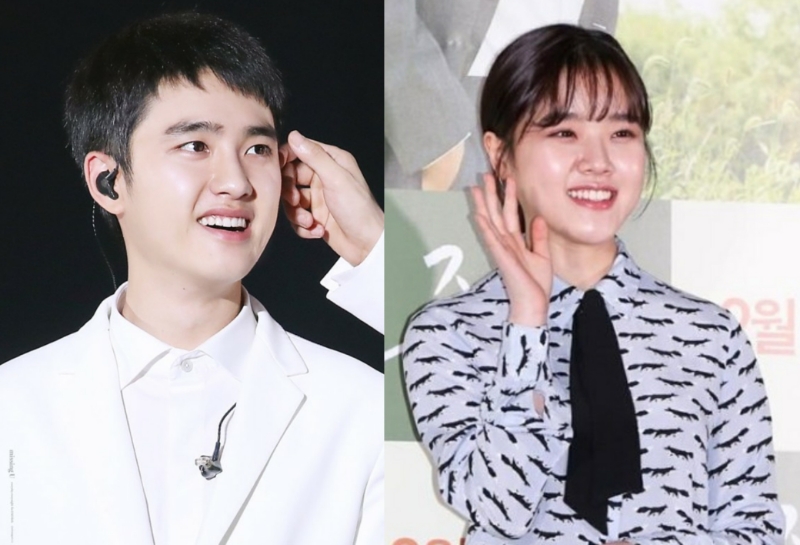 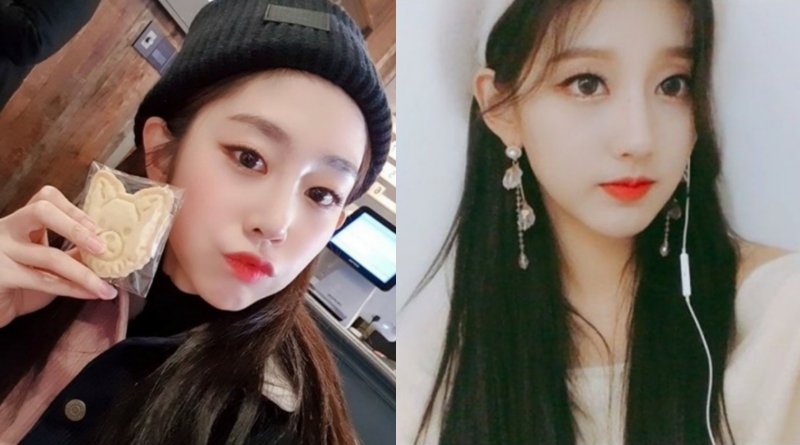 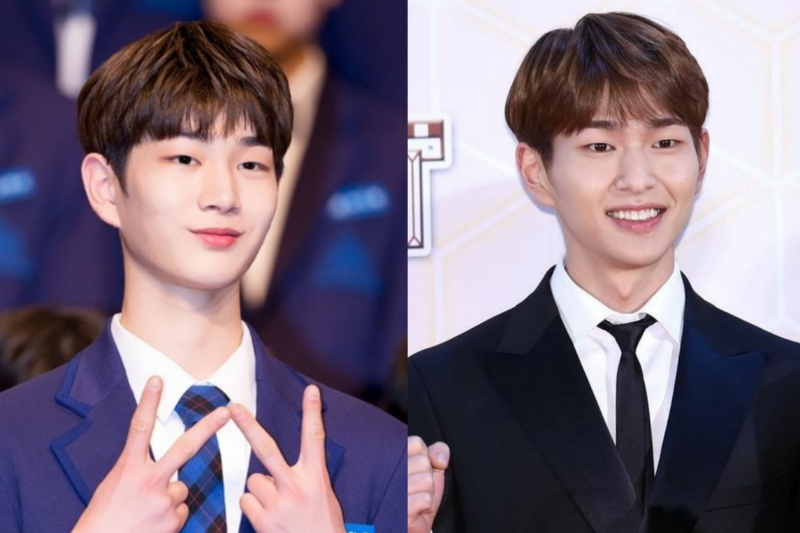 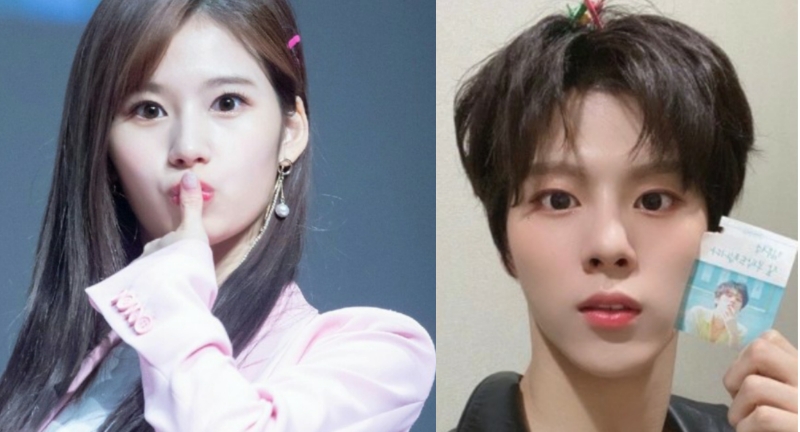 In addition, even if you are not an idol, tell us how you look like other celebrities!! 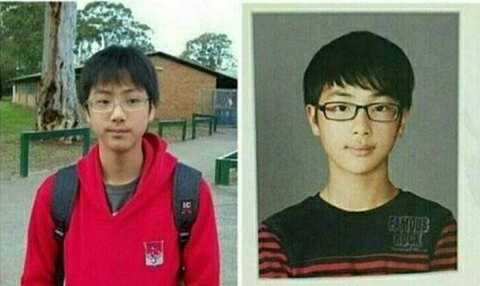 BTS Jin and Juhaknyeon (The Boyz) from Primary school year 2. BTS Jin looks dorky when he was young.

6.  How can both Lovelyz members look alike? wouldn’t people be confused?!

8. Lovelyz Ryu Soo-jeong and aoa Mina’s faces are not similar, but the atmosphere and position are the same