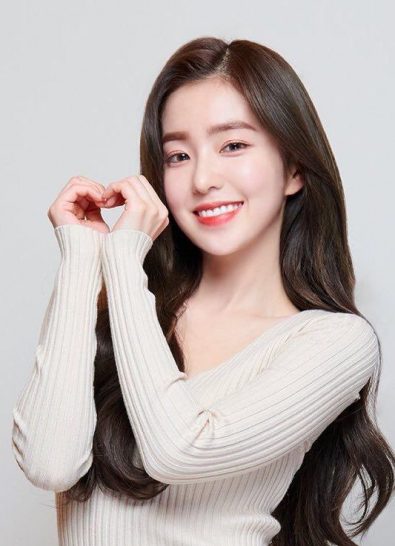 Irene Red Velvet Profile : Irene was born in Daegu, South Korea in the Buk-gu “Northern District”. Her mother and father runs a family restaurant along with a younger sister, whom helps out with the business. Irene is really protective and concerned about her family’s privacy, so there has not been many regards to her family in the media. One day a fan came by the restaurant and saw her sister and mother working there, the fan said that her sister does not look like her but is also pretty in her own way. Irene would often go to her sisters school to bring canteen meals and became popular as the “Pretty Unnie” and when asked if they fought a lot, her sister said that she treated her really well so they would never fight.

In the 5th year of elementary school she was an announcer for her school broadcast and had danced to TVXQ’s rising sun for the talent show. During this time she had dreams of being an entertainer and wanted to be a news caster and later attended Haknam high school in Daegu. When she was in the 10th grade, she followed a friend to an audition for S.M Entertainment and on the spot decided to audition herself. After the audition she thought things didn’t go too well and that she had failed and was quite disappointed in herself. It wasn’t until two years later when she was in the 12th grade and out of the blue got a surprise call  from S.M Entertainment informing her that she was accepted into the company, but when she told her her parents they intervene saying that she was too young and should go for it when she got a little older which was why she did her training late. From that moment on Irene’s dream came true and with hard work, training and dedication joined the ranks of S.M Entertainment in 2009 as a trainee for 5 years and officially debuted with Red Velvet on August 1, 2014 with the fitting title of “Happiness“.

For more information about Red Velvet Members click here!
If you have any comments or facts about Irene to share please let us know below =)