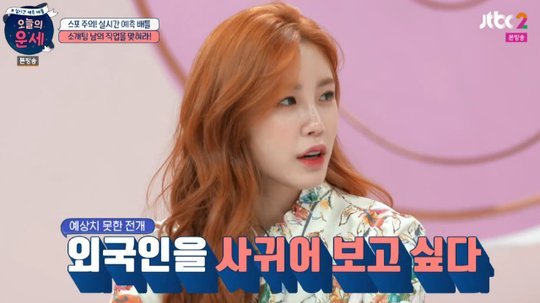 Jeon Hyo-sung was on JTBC2’s “Good Luck” on October 30th , a show which focused on 2 people going on a blind date with an open ended discussions between the hosts.

She stated that she had thoughts of dating a foreigner because she finds their personalities to be more relaxed and charming.

1. [+5, -9] Don’t fantasize about being a foreigner. Western men who like Asian women don’t look good in that country, either country.

5. [+86, -15] Soon this article will be occupied by the sexual harassment of the small man

6. [+16, -6] To be honest, if Korean men were bigger than foreigners, they wouldn’t be so flustered ㅋㅋㅋㅋㅋ  (kakakaka) Put your hands on your chest and say it