Jinro First TV commercial on a US sports channel
TV advertisement in New York and Los Angeles, USA for 5 months starting this month
Emphasize that the most sold distilled liquor in the world is ‘Jinro’ 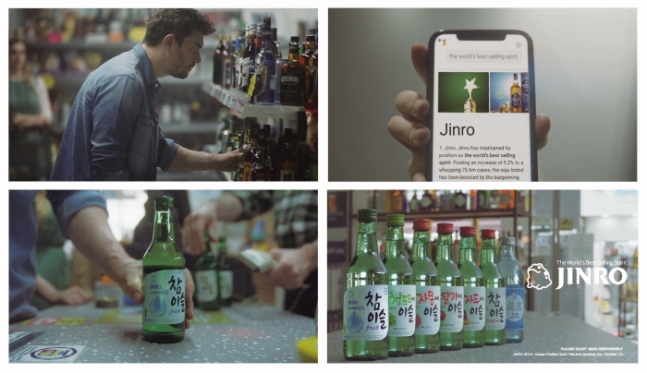 Hite Jinro announced on the 4th that it will introduce Jinro’s first U.S. TV commercial through sports channels such as ESPN and NBC Sports. This is the first time that a TV commercial is being conducted overseas as a career brand. The strategy is to inform locals and Korean residents through TV commercials that Jinro is the world’s best-selling distilled liquor and stimulate the curiosity of local consumers, leading to actual drinking and sales.

Both advertisements include scenes that certify that they are the world’s best-selling distilled liquor through search engines, stimulating consumers’ curiosity and arousing their desire to buy them. 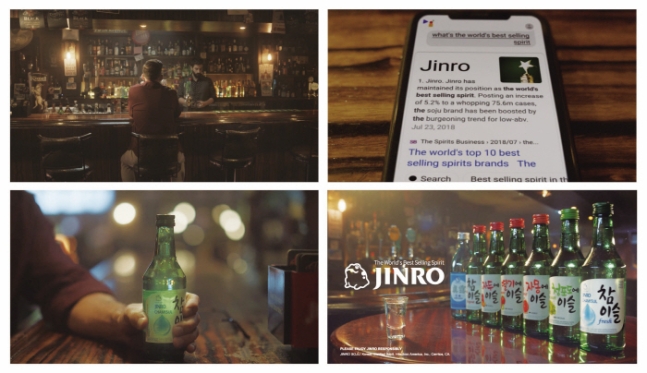 The mart episode features a man with a mobile phone thinking about what to buy at the mart. He searches his phone and saw the search results and choses Chamisul without hesitation. In the bar, bartenders search and show what the world’s best-selling liquor is on their mobile phones and recommend chamisul to customers. The two commercials will be aired in New York and Los Angeles for five months starting this month through sports channels such as ESPN and NBC Sports, focusing on the fact that local consumers usually watch sports in pubs and bars.

“It is meaningful to let local people know that Jinro is the best-selling distilled liquor,” said Hwang Jeong-ho, general manager of Hite Jinro’s overseas business division. “We will take the lead in globalizing soju and focus on diversifying consumers so that Jinro can become a global brand.”

3. [+524 -24] When people don’t drink alcohol, they are absolutely away from accidents, accidents, gossip, diseases, and property losses.

5. [+42, -0] Like French wine and Japanese sake, it would be nice for us to have a representative alcoholic beverage. Based on the popularity of soju, I hope that traditional liquor such as makgeolli will become known.

6. [+42 -2] Drinking doesn’t turn people into dogs, but drinking does reveal people to be like dogs.

7. [+34, -6] Traditional liquor soju is different from the present soju, but it should not be compared. Do not compare it with the jajangmyeon. It is not selling Jinro shochu as a high-end liquor, it is delicious compared to the low price, and it is enough to be commercial because it is about 17 ~ 19 degrees which is not available in the West. Besides, if it’s not commercial. Is it wrong for private companies to advertise their products? In Korea or anything, the number one sales is actually a lie.

10. [+15 -1] Distilled soju is a mixture of water and sweetener mixed with alcohol extracted from tapioca starch. Hand sanitizer is water and glycerin added to the same alcohol. Jinro Fermentation and Poongguk alcohol supply the same alcohol to the soju company and hand sanitizer. I can’t believe such cheap liquor is national liquor.