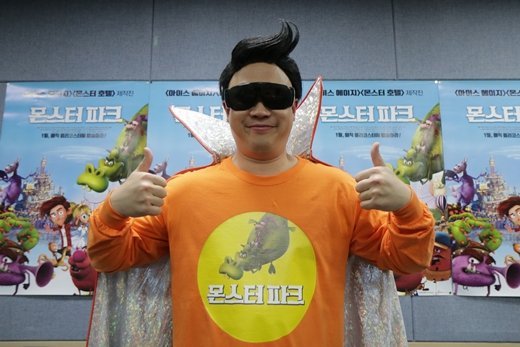 Whether Chae-yeon was hit by a fist wielded by Choi Young-soo was not shown in the video as she was overshadowed by another cast member, but the scene that followed apparently showed her being pushed back and patted her shoulder. After that, Choi went out with a grunt. Chae-yeon smiled as if she were embarrassed.

4. [+639 . -6] My kids are looking at me
and I was watching you, and I thought you were a good, funny guy
and I can’t believe he’s doing it on a live show
I’m sorry to see you rubbing your arms and laughing with surprise
I’m not sure that EBS is trying to save the situation
I don’t believe it

5. [+617 . -9] Look at how he shrugs her off and the motion and speed that he moves at which means hes serious. Even if you are close to her that is something you shouldn’t do to a 15 year old kid as an uncle who is 20 years older.